mr. Steve Whittkaer
Steve is originally an Englishman, who after getting married to a Dutch lady moved to the Netherlands in 1988. His professional background is as an English lawyer versed in matrimonial and employment conflicts. Arriving here Steve worked for 5 years for a leading Dutch construction company as in house counsel, specialising in building disputes. His commitment to the value of mediation arose from many experiences, particularly internationally, of the added value of the Mediator in resolving escalated conflicts.

Since 1993 he has worked as Mediator in every conceivable kind of dispute. He founded and became first chairman of the Nederlands Mediation Instituut ‘NMI’, which governs the conduct and methods working of Mediators in The Netherlands. For him it is clear that it is in the area of divorce and separation that mediation attains its greatest importance, not just to prevent years of stife in a court case but most of all to ensure the best interests of the children are really taken into account.

me. Hélène de Haart
You pay a high price for being in a conflict as it can drain your energy and diminish your sense of welfare in life. You can choose to do battle and strive for personal gain, or your can decide to try and solve the conflict with the other party by indentifying shared interests. Choosing for a solution that wants best for both parties requires perseverance and insight, Hélène’s experienced can be invaluable here.

For the last 25 years, after obtaining her degree at the Social Acadamy, Hélène has been working in diverse functions in the fields of welfare, manpower and higher education. Hélène is qualified as a MfN mediator subsequent to getting her MBA in 2007. As a businesswoman she works as a coach, advisor and as a Mediator for The Lime Tree.

In addition to divorce-, workplace mediation and business conflicts, Hélène also has experience as mediator in domestic and intercultural cooperation disputes as well as in educational conflicts. 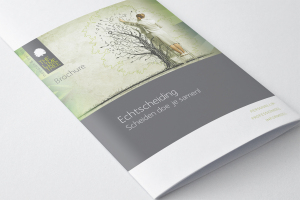